Eligibility
Bachelor’s in Animation, Media & Graphics Design or Equivalent Diploma / Certificate Program in similar field along with any Bachelor’s degree 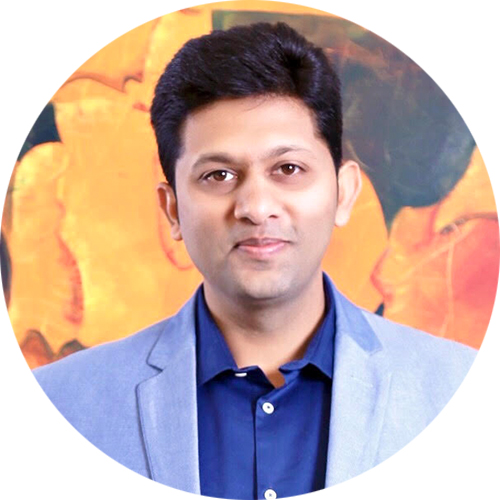 Aasit Shah is a multi-faceted personality who has been felicitated by several global and Indian universities, media houses and organizations owing to his leadership skills and creative vision. Hailed as the ‘Creative Icon of India’, his efforts made an instrumental impact on the growth of Art & Design industry in India.

An alumnus of University of Southern California, he is an esteemed Silicon Valley veteran who has worked with Adobe Systems & eBay before returning to India with a plan to revolutionize the creative industry. Honored with an ‘Honorary Doctorate’ by the University of Azteca in Los Angeles, Aasit is the brainchild and creative force behind eQuinoxx, the leading design hub in the country.

Holding important executive board positions in Gujarat Chamber of Commerce (GCCI) and JITO, he has been awarded among ‘Men of the Year’by Times Group in 2018 & 2019 along with several prestigious recognitions, over the years. His knowledge and stronghold over creative aspects nurture his enigmatic personality, driving creativity across the eQuinoxx Group.

For his dynamic vision & immense expertise in the field of Art-Design-Films, Aasit was conferred with ‘Estrellas’ Award by Divya Bhaskar Group in 2018. Also featured on the Cover Page of a popular international magazine – SiliconIndia in 2018. Earlier he was awarded by Times of India as ‘Icon of Gujarat’ in 2017 & by Divya Bhaskar in 2012 as the ‘Young Turk/GenNext Entrepreneur of Gujarat’ for his business-ideas & being an inspiration for the new age.