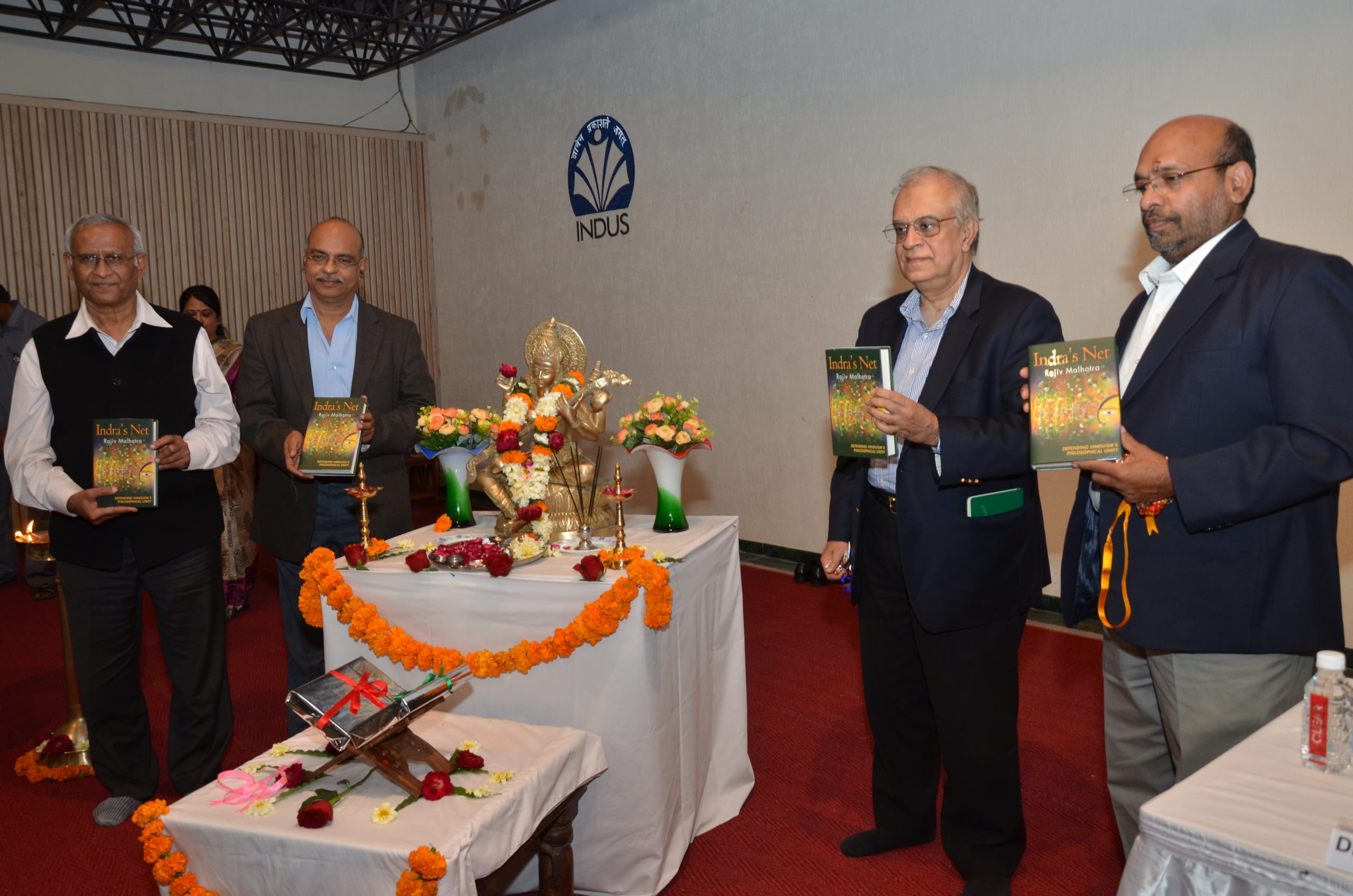 Grand stories of a Nation is very much an essential ingredient for its identity with language, religion, customs and practices averred, Shri Rajiv Malhotra, Indian American Researcher and Public Intellectual on current Affairs, World Religion, Cross Cultural Encounters and Science. He was speaking on the occasion of the release of his book “INDRA’s NET:Defending Hinduism’s Philosophical Unity” organized by Centre of Special Studies, Indus University at its Campus on Tuesday 28 th January 2014. He also explained the concept of “INDRA’S NET” symbolizing the universal web connection and interdependence among all its members where every member is both a manifestation of the whole and indispensible from the whole.

The book was released by Dr Harshad P Shah, Vice Chancellor, Children University, Gandhinagar ,who spoke on the reverberating contents of the book.

Dr Nagesh Bhandari, President of Indus University presided over the function whereas Dr D P Giridhar, Executive President of the Universityanchored the program.