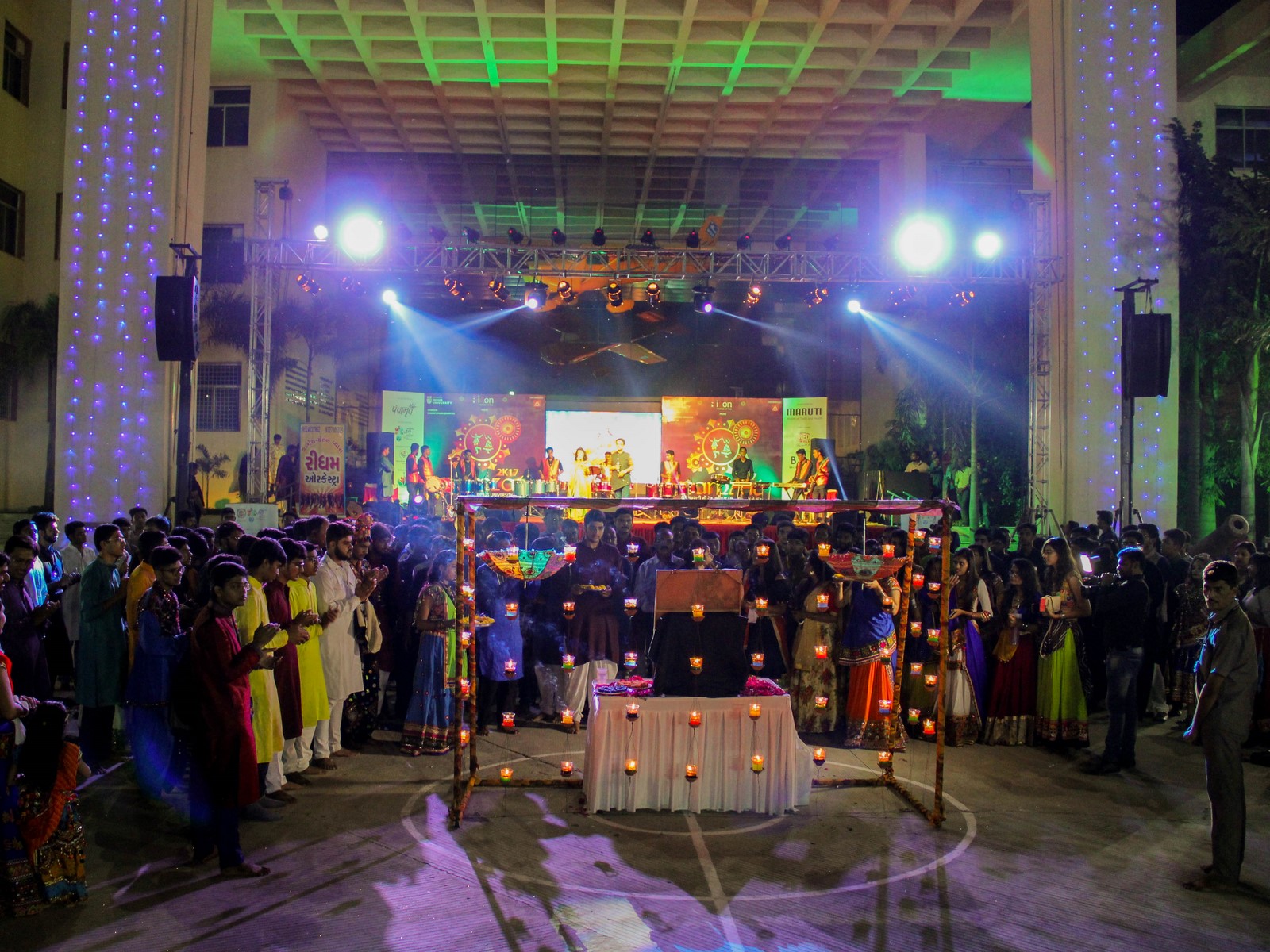 The nine day Navratri festivities, wherein Bhakti-ras melds with the trademark Gujarati folksy dandiya raas – invoking the leela of Gopis, began from September 21, culminating on Dusshera. On September 30, 2017 Indus University joined in the festive fervor of these nine-nights of revelry that has become the catchphrase for the Gujarati identity with Ramzat 2017.  The celebrations in the night began with the customary and traditional Aarti, paying homage to Goddess Durga placed right in the middle of the campus ground.

The university campus donned the look of a bejeweled bride elated with festivities all around.  All students & teachers along with their family members dressed in their finest traditional outfits swarmed the campus berserk with excitement.  The showcase of different forms of dance was a near perfect mix of modernity and culture.

While most students danced around the statue of Goddess Durga in true devotion, there were others who danced with one another and were indeed enjoying the long dancing spells.  The ambience of the campus turned eclectic with revelers relishing down the scrumptious food items on display to add more taste to their gala night.  Popular RJ Aayush from Red FM made a guest appearance at the event. Sponsors for the event were ICON World of Tile, Panchamrut Developers, Maruti Oil, 93.5 Red FM, B & B Salon & Nails, The Turban Multicuisine Restaurant, JAL Mahotsav – Madhya Pradesh, Arihant IT Solutions, LEO District 32F2F2.  Many prizes were given away for best dancer, best costume and best couple who continued to dance for the longest amount of time. Color, traditional dance and an air of enjoying the festival with its age old customs became the norm.