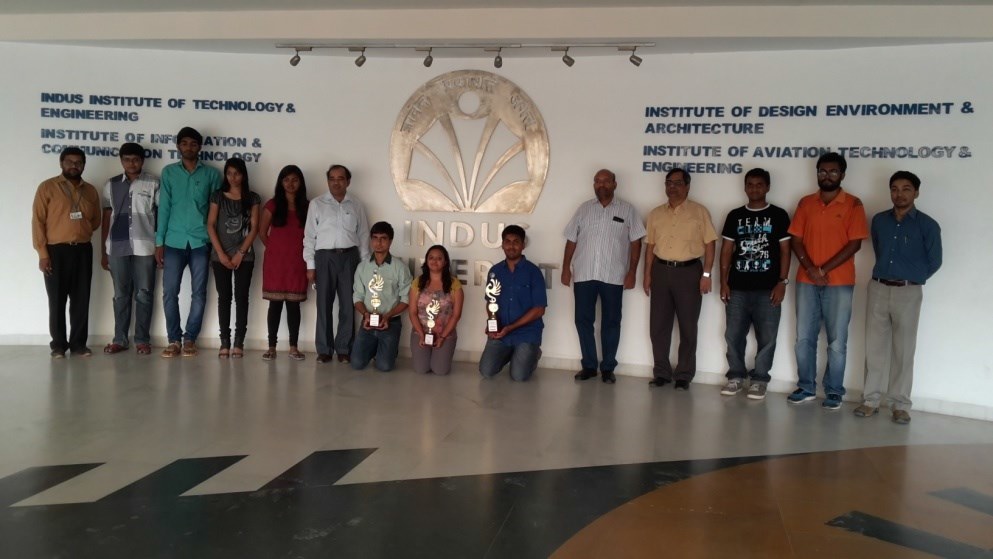 Students of INDUS UNIVERSITY participated in CONCOUR’S – 14, a National Level Sports event organized by DA-IICT GANDHINAGAR from 5th- 9th November 2014. More than 50 teams from all over the country had participated in the competition. Students brought laurels to the university having won in LAWN TENNIS & CHESS & titled as Champions. At the same time INDUS girls VOLLEYBALL team bagged the Runners up trophy. INDUS Men’s KABBADI Team won the tournament organized on the spot. These students were accompanied and coached by a faculty team comprising of Prof Ashwin Patani, Prof Vrutik Shah, Prof Mandar Joshi & Prof Jay Gandhi.
To recall, one of the students is participating in the National Shooting Champion and another student is participating in the National Golf Championship to be held at Delhi. Such sports achievements add feather to the already blooming cap of the University’s Sports Team.