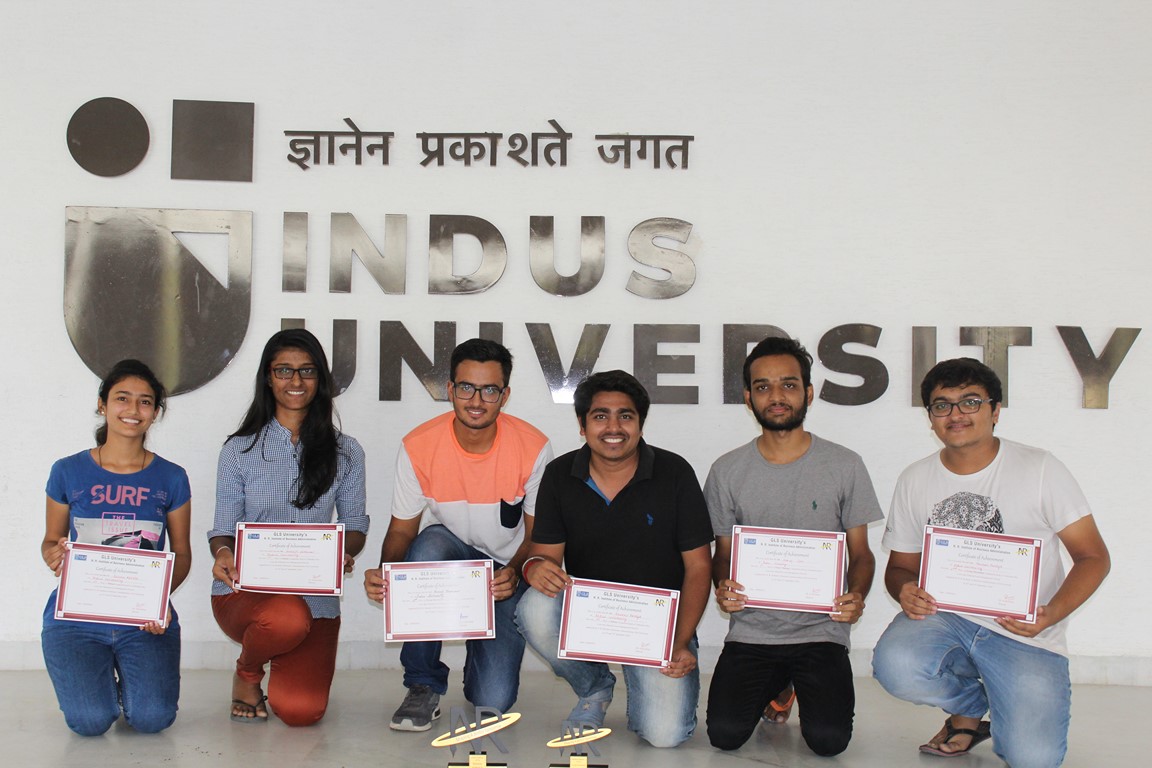 Mastering others is strength however mastering yourself is true power. This seems to be the adage students of Indus University that led to their second consecutive win at Vishleshan Plus 2016, a two day National Level Management Festival organized by N.R. Institute of Business Administration at GLS University on 15th and 16th September’16.  Last year Gaurav Pandya (7th Sem, Metallurgy) secured third position in Debate competition however this time he along with Krima Rohela(3rd Sem,EC) and Aakash Bherwani(5th Sem, Mechanical) stood first, beating all other teams from various colleges of Ahmedabad.  The Poster competition was aced by Nikunj Patel (7th Sem, Mechanical) with his spectacular poster on Make-in India theme.  Other self-motivated individuals include Ruturaj Gadhavi (7th Sem, Civil) who cracked the Elimination Round and participated in the Finale of Solo Singing(Filmy category) and Miti Desai(1st Sem, IT) who participated in Sneakers Painting competition.  An interesting range of workshops was organized during this two-day event, in which Gaurav Pandya and Maulik Vaishnav participated in the Creative Writing and Public Speaking workshops.  Under the able guidance of Ms. Mamta Amin, Faculty Coordinator from Science & Humanities Department, these representatives of Indus University were successful in their endeavor to bring a good name to the institution.