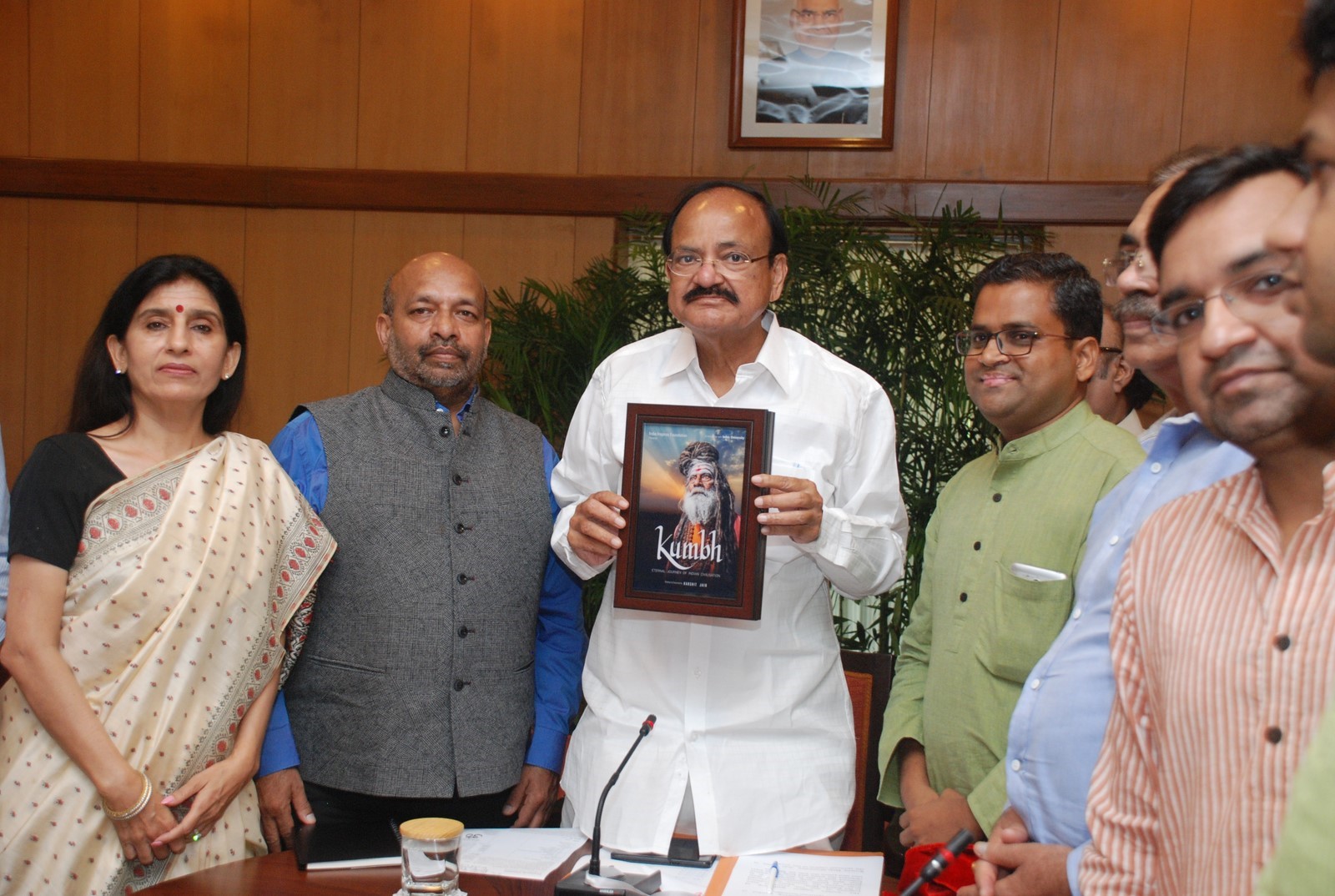 Dr. Nagesh Bhandari and Mrs. Ritu Bhandari welcomed the Vice President by presenting flowers, initiating the program. B. Radhika gave welcome speech and introduced the team members of Kumbh Mela Film Project to the Vice President. Prof. Ram Sharma shared the objectives and goals of the Centre for Indic Studies. He also shared the initiatives taken by CIS for integrating Indian knowledge system in mainstream academia. Following him, Mr. Harshit Jain explained about the Kumbh documentary and the reasons behind undertaking this project.

The Vice President Shri Venkaiah Naidu then delivered speech about Kumbh and Indian culture. He underscored the importance of looking at our cultural symbols from an insider’s perspective and not through alien lens. He congratulated the Kumbh Mela Film Project team for taking this approach in the context of Kumbh Mela.

The Vice President complimented the makers of the Kumbh Mela documentary, and said there was a need to go back to Indian roots, culture, heritage and values for harmonious living of the people. He further said that the film showcases the origin of Kumbh Mela and how it became a torch-bearer of Sanatana Dharma. It seeks to provide an understanding of the tradition of saints and sages of India, among others, he added.

Vice President’s Speech on the Release of Kumbh Mela Documentary