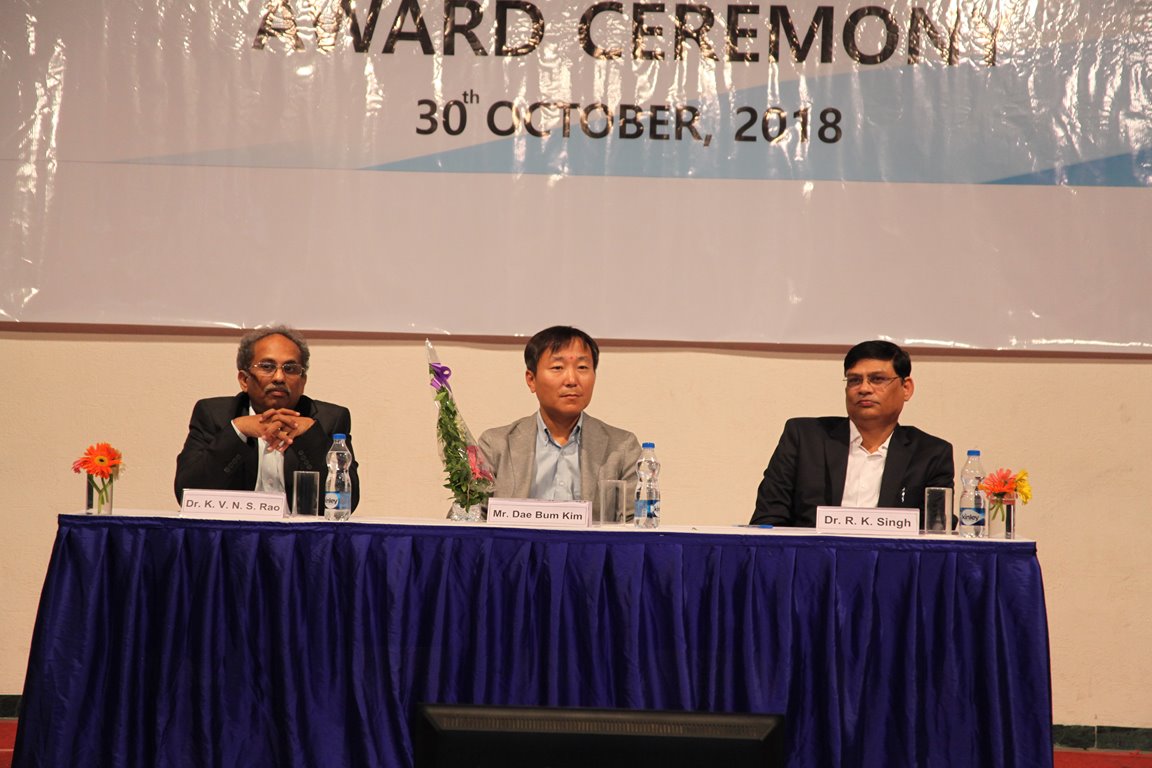 POSCO ASIA FELLOWSHIP AWARDS 2018 Ceremony, was held on Tuesday, 30th October 2018 in the Indus University auditorium, in the presence of august audience, consecutively for the third year in succession.

Prior to the Awards Ceremony,  an elaborative, system-driven, foolproof process spread over two months was followed by the Screening Committee headed by the Registrar for identifying the most deserved students pursuing their Semester V and Semesters, from different branches of Engineering. The Screening Committee has picked up and nominated 10 toppers of different streams of Engineering program –  for receiving the POSCO ASIA FELLOWSHIP AWARDS 2018   While identifying and nominating the 10 toppers, the Steering Committee took into consideration of various aspects such as academic performance, attendance, financial background and other genuine reasons.  The decision about nominations was taken unanimously by the Screening Committee and was later on endorsed by in-charge Executive President, Registrar and Jt. Registrar.

Following students were nominated for receiving the Fellowship Awards in 2018:

Indus University is happy that a total of 10 meritorious and needy students were awarded the POSCO ASIA FELLOWSHIP AWARDS 2018.